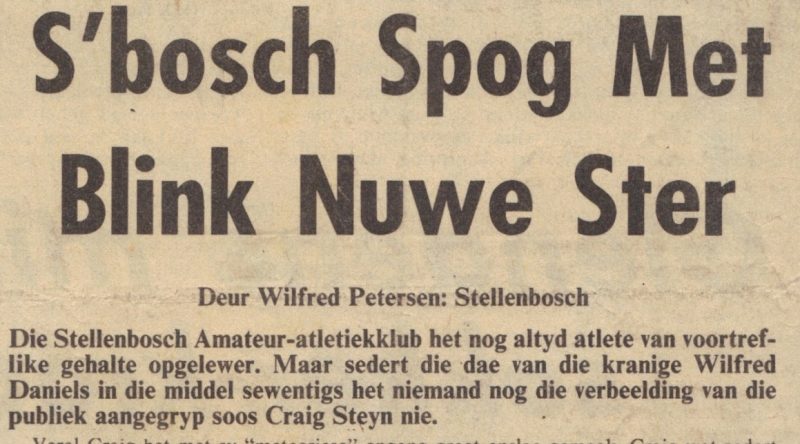 THIS is part one of the Craig Steyn story in a three-part series.

DURING the late 1970s and early eighties athletics was hugely popular in the Boland and Western Cape. Thousands would flock to athletic stadiums like Dal Josaphat in Paarl, Athlone Stadium, Green Point Track and Vygieskraal. Even school inter-house meetings would draw crowds of three thousand or more.

Now a shrewd businessman will ask himself: How can I get a piece of the action?

An athlete will ask: How can I get some of that attention? How can I win the crowds over? The answer is simple – win as many races as you can and win by as far a margin as you can. If it is a relay event, run the last leg and make sure that you beat every opponent, even if you have to do it from a five-metre deficit. Simple answer, but difficult to execute. However, that is exactly what Craig Steyn has done.

Like most of the initial families in Cloetesville, the Steyn family was forcibly removed from the centre of Stellenbosch, known as Die Vlakte, and relocated to Cloetesville. While, Craig attended Laerskool Cloetesville, Mr Stanford Albanie, taught him the basics of the Fosbury Flop and the high jump became his favourite event.

Won most of his races

He participated in athletics at primary school level and even joined the Stellenbosch Amateur Athletics Club in 1978, but left the club to play soccer for local club, Spes Bona.  Although he won most of his races at inter-school school level and even pocketed the Victor Ludorum Award a few times, the fact that there were only four age groups (u/9, u/11, u/13 and open) meant that some years he would run with boys older than himself. He remembers dreading the years when he had to compete against John Bailey, an older boy who always got the better of him in the sprints.

All the competing against older athletes served to make him more determined to be competitive. Craig and his two brothers, Rubin and Tyrone embarked on their own training programme, which included long runs alongside the Eerste River in Stellenbosch, and night-time training on the gravel service road next to the sports field in Cloetesville.

The long runs were way too long for boys so young and the night-time training hazardous, but it was sufficient to see Craig doing extremely well at primary school level. In 1982, his first year at high school, he won the 100m, 200m and high jump at the South African Senior Secondary Schools Sports Union (SASSSA) Championships. He jumped a SASSSA record of 1.71m in the high jump on the heavy grass of Athlone Stadium.

The 1983 SASSSA Championships at the Dal Josaphat Stadium in Paarl saw him claiming second place in the 100m, 200m and high jump behind the sensational, Lionel Williams of Gordon High School in the Strand (WP). The exceptionally talented Lionel was tragically killed in 1985.

After a nasty fall during the high jump competition at school in 1984, which landed him in hospital, he took up long jump instead. Although he duly went on to jump a new u/16 SASSSA record of 6,59 metres, he failed to medal in the 100m and 200m. He then realised that even if their training regime is building the family bond, it is not sufficient to build him into a star athlete.

To do that, he needed a coach and for that reason, he reinstated his membership at the Stellenbosch Amateur Athletics Club. From October 1984, Craig was now part of a training group, which included his brother, Rubin, Jowaine Lategan (Parrott) and Dezroy Poole, under the watchful coaching eye of Allan Parrott. His training has now been moved from the service road to the grass track in the centre of the Cloetesville Sportsfield and no more night time training! Craig was a top sprinter and long jumper and some of his training had to be done on tartan and for that purpose, they travelled to Vygieskraal twice a week – on Wednesdays and Sundays.

When Craig started his second stint at the club, he was aware that his exploits on the sports field – he also played first team for Spes Bona from a very young age – gave him somewhat of a celebrity status in Stellenbosch and the wider Boland area.  Many people perceived his strong personality and abundance of confidence as arrogance. However, at training sessions, he proved himself a modest and diligent worker, willing to listen and learn in order to improve. There were kinks in his armour: He did not have the explosive start of most of his rivals and this was exposed in some of his 100m races. His slow start was due to a shuffle to get in a rhythm over the first 20 metres of a race. But his confidence, steely determination, and courage, the will not to be beaten and to fight back at his rivals along with the will to work hard, saw him rising above these shortcomings.

Allan Parrott was an Afrikaans teacher and athletics and cross-country coach at Cloetesville High School from 1983 to 1996. As a coach of the Stellenbosch Amateur Athletics club, he followed Craig’s athletics career from 1978 with interest and from time to time had a hand in his coaching until October 1984 when he took over Craig’s coaching. 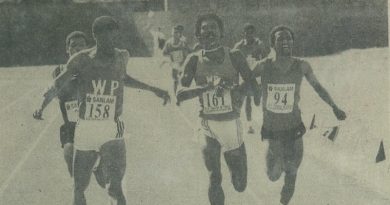 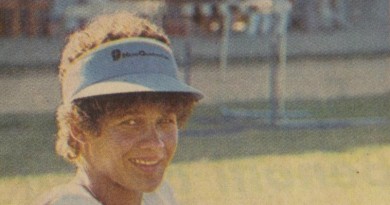 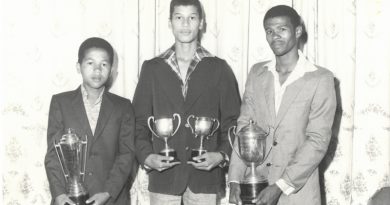