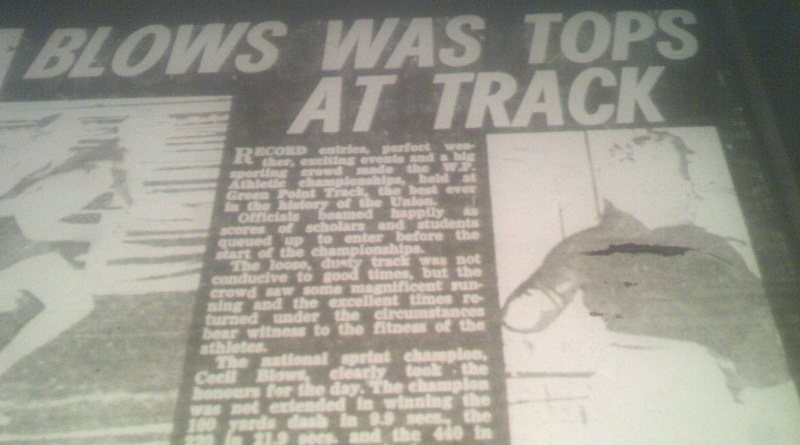 THE Golden City Post Newspaper was printed and published in the 1960s, a paper I am not so certain is a regional one.

It carried stories about athletics, black athletics in the Orlando Stadium in Soweto.

As it was, there must have been 3 athletics bodies: coloured, white and black.
I move along to a copy dated 22 March 1964 and there is Mr Cecil Blows – the sprint champion of eight years.

Further down the page it reads, “Had Blows been given a race these fast times would have been bettered as he is in a class of his own”.

A “young sprinter”, according to the Golden City Post, by the name of HA Arendse was thrust into the seniors allegedly to provide some opposition for Blows – in the furlong.
That’s correct: in the furlong! (201.16800 metres)

Further in the story the following.
“The biggest sensation of the meeting was the defeat of the national mile champion, Leslie Titus, by a determined and strong finisher, John Webb.
“Alex Moses set a strong pace from the gun . . .”

The name Webb had always surfaced in athletics circles and, mind you, Alex Moses, too, an athlete I met at Spartans two decades later.

The surname Webb was strongly associated, as a coach, with Shaun Vester, the teenage sensation of Grassy Park, when, at the age of 15, on 23 April 1985, he equalled Edmund Lewis’ SA 100m record of 10,5 (at the time his fastest).

More about this phenomenon later . . . together with the Heathfield flyer nobody could catch . . . 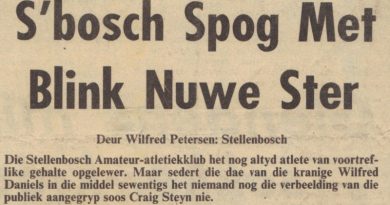 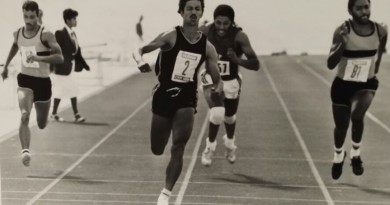 Nazeem Smith – the makings of a sprint champ 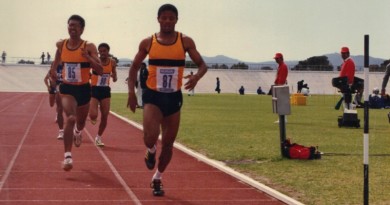