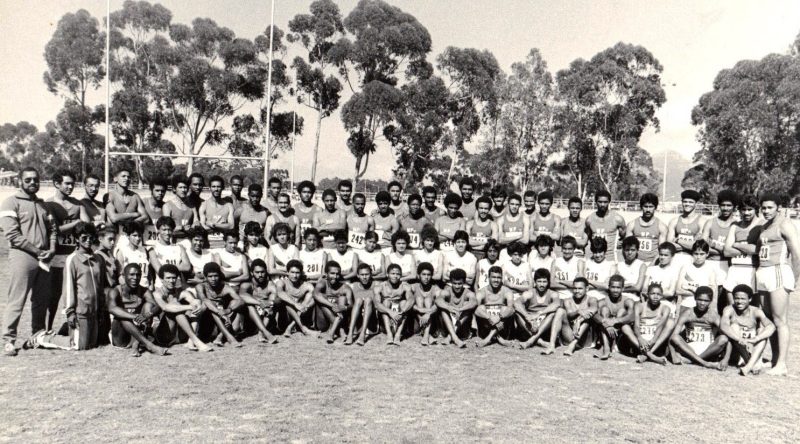 THE public reaction in the Cape Argus by supporters of the South African Council on Sport’s (Sacos) athletes has sullied the name and history of a principled organisation.

These SMSes arrived after the windswept SA track and field championships in Stellenbosch, and questioned the merits of the current crop of athletes, compared to those from the Sacos fold.

Those of us who had competed for Sacos are aware of our outstanding sprinters and field eventers of the time.
Sacos was a vibrant and relevant organisation, especially from 1982-1992 and it played a leading role in isolating South Africa from international sport in the apartheid era.

There are only two names which stand out in our track and field athletics – Terrence Smith and Shaun Vester.

Terrence Smith was the most outstanding sprinter in the 70s, was without peer and world class.

In 1985, Vester arrived on the scene and just about beat every opponent bar his perennial rivals Teano Patience and Craig Steyn. Vester, too, was world class. He was a natural.

Terrence Smith was never really tested by his “opponents” other than by the stop watches. He clocked a personal best of 10,4 seconds in the 100m, and held the 100m and 200m records from under 14 through to under 17 with his boys under 17 100m records standing at 10,6 seconds and the 200m at 22.0 seconds. He never competed in the over 17 age group as by then he had matriculated from Heathfield High School. Smith went on to study and graduated in engineering at the University of Cape Town.

He clocked a personal best of 10,4 seconds in the 100m, and held the 100m and 200m records from under 14 through to under 17 with his boys under 17 100m records standing at 10,6 seconds and the 200m at 22.0 seconds. He never competed in the over 17 age group as by then he had matriculated from Heathfield High School. Smith went on to study and graduated in engineering at the University of Cape Town.

Former ASA coach and ASA High Performance Coordinator Wilfred Daniels and a former South African Amateur Athletics Board (SAAAB) and WP coach (Sacos) was one of the top officials there (UWC) who had ensured the timekeepers had complied and that the wind gauge was in working order for ratification purposes.

The conditions were ideal, only from the point of view that there was no headwind. The day was slightly overcast.

Vester’s personal best times were 10,1 secs (100m) and 20,8secs (200m) at his last South Africa Amateur Athletics Board Prestige meeting in the late 80s. He had had a number of failed races in the 90s, but by then Vester was past his best.

Vester never really graduated to senior level, his was a remarkable junior career.

Another athlete by the name of Nazeem Smith was a dominant sprinter together with an “ageing” Edmund Lewis of Paarl in the 1980s.

Smith’s 400m achievement was remarkable at the time as he had beaten Jantjie Marthinus (400m and 800m athlete) who had become a double SA 800m champion on the “other side” just prior to unity. Marthinus had also seen better days by the time he had gone over to compete with the establishment – “the whites” – as we called it in Sacos.

In the field events there were a number of athletes capable of competing in the international arena, most notably long jumpers, high jumpers and javelin throwers; Daniel Orange, Fred Grovers, Nariman Rylands, Tania Brown and Leigh-Ann Naidoo.

Where the Sacos athletes had been lacking were in the hurdles, steeplechase and hammer throw.

There was a middle distance runner by the name of Hennie Moses (1982) of Ceres who had run 3 minutes 47,1 seconds in the 1500m all by himself (so far he was from his fellow “competitors”) that if he had competed with Johan Fourie, who averaged 3:35 in 1500m, Moses would not have been disgraced .

*Clement du Plessis is a former WP and SA sprinter. He wrote on Sacos athletics for more than a decade. (Cape Argus, March 28, 2008) 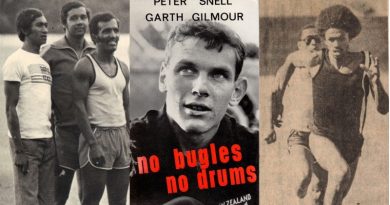 Coach Cameron brought out the best in his athletes 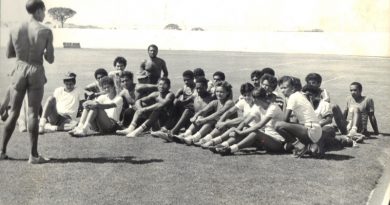 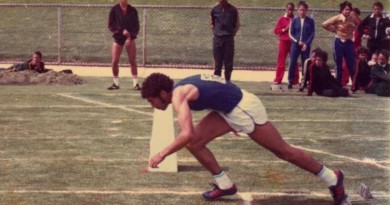 Alexander’s chop-chop round the bend

4 thoughts on “From Smith to Vester, Sacos stars capable of beating the world”