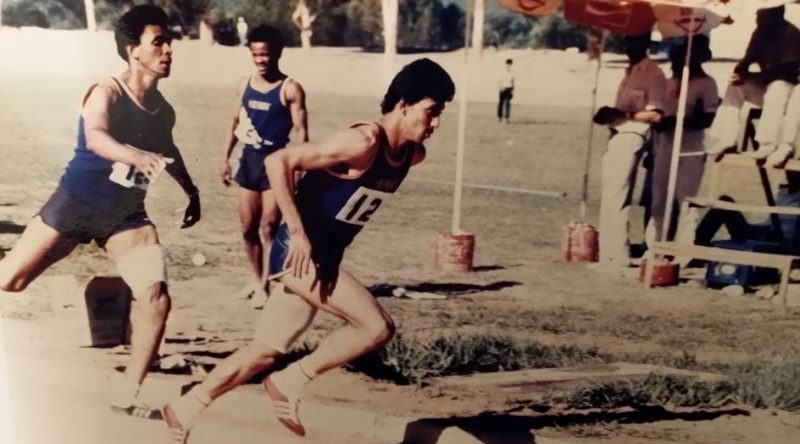 Bernie or BA (pictured left), as he was popularly known, excelled as an athlete in both the field and track disciplines in a career spanning the late 1970’s to 1990.

He had both the look and undoubtedly the talent of a Daley Thompson, the famous British decathlete.

He attended two high schools; Livingstone and Zeekoevlei, and was also a club athlete with Vikings, Hewat and Olympiads.

A hallmark of his training was looking like a heavyweight boxer with a towel around his neck, sweating profusely.

But Bernard Adams is best remembered for his achievements on the track and field.

Bernie could run. He fancied himself in the 100m, 200m and 400m and he did reasonably well in these events, taking a scalp or two. One such scalp was Isaac Arendse, the shifty and sleek sprinter of Parkwood High.

Bernie was quick enough to help the Hewat Relay Team to a National Relay Record in 1985.

A tremendous motivator, he always led from the front.

But his real talent was on the field.

Here he held the discus (his favourite event) and the shot put national records.

He had no peer in the discus, but the Bellville South athlete Lionel Gideon did trouble him. Okay, he more than troubled him. Lionel broke Bernie’s shot put record, only for the big man to reclaim the record. Theirs’ was a short but absorbing battle in the shot put.

Both athletes were senior school athletes.

As competitors fell away, Bernie continued to compete as an athlete until 1990. Many who competed with him had moved on to working careers, Bernie himself becoming a school teacher.

At the age of 53, while still teaching at Silversands Primary School in Blue Downs, Bernard Adams breathed his last breath.

Bernard Adams left an indelible mark on the lives of many, and will be sorely missed but fondly remembered! 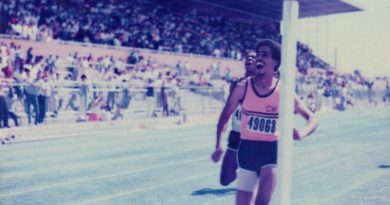 A day to savour for Ronald Williams 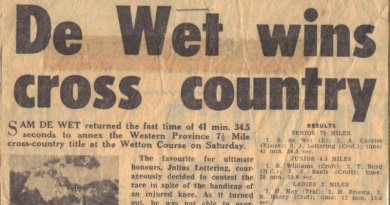 Cross-country races thrived in the Cape 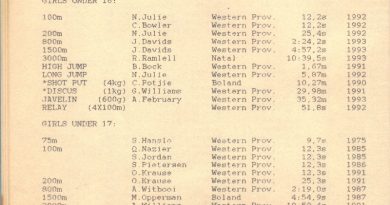 One thought on “Remembering Bernard Adams – One Year after his death”