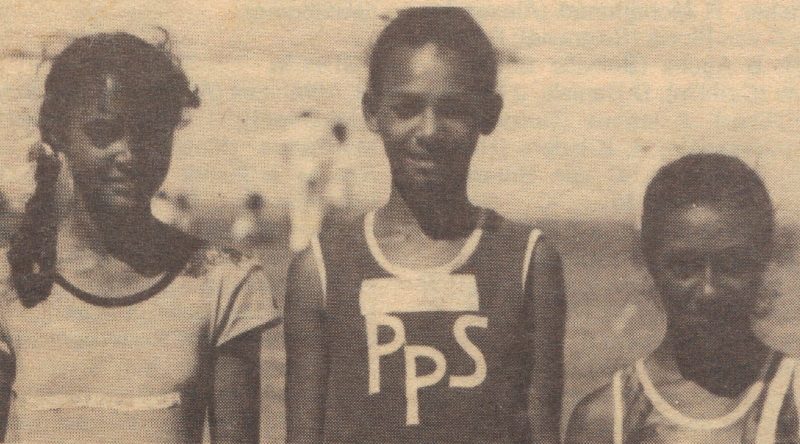 ATHLONE, a suburb of Cape Town located 12km from the city centre and 10km from Cape Town airport, has carried the mantle of politics, culture, sport, and education for many years.

The closing down of the Hewat Training College in the early 1990s at the time of the fall of apartheid, the demise of the Western Province Primary and High Schools’ Unions in 1994, the year of the first democratic elections in South Africa, have stripped the area of a once vibrant hub of activity.

Life in Athlone would never be the same again.

In the late 1980s and early 1990s, Mitchell’s Plain had taken over the school athletics mantle from the Athlone schools (Belgravia High) and, by the time of sports unity, athletics fell apart on the greater Cape Peninsula.

Parkhurst Primary, Westridge High (earlier) and Mondale High played a leading role in athletics in the 80s and 90s.

Parkhurst, among the tens of primary schools in the different areas of Mitchell’s Plain (Woodlands, Westridge, Portland, Rocklands, Beacon Valley, Tafelsig, Lentegeur, Eastridge and lower Strandfontein bordering Cedar), was also the feeder of athletes to many high schools.

Although Parkhurst and Mondale are the outstanding athletic schools, several of the other schools have produced top-class athletes such as Mark Frank (Woodlands), Mark van Soest (Westridge) and Glenda Alexander (Weltevreden).

This story, though, focuses on Bronwyn Bock of Parkhurst Primary who, like many others, had to compete in a political climate of uncertainty. Sports ‘unity’ talks were on the cards at the time and voting for the disenfranchised was no longer on the horizon.

Nothing, though, could beat the fact that she was a sporting natural at an early age.

In the mid-1980s, Bock had already shown glimpses of future achievements in the high jump. She had earned her Western Province Primary Schools Sports Board colours along WP teammates from Parkhurst Collette Moodley, Ursula Scheepers, Lesley Ferdenando and Chantal Janetzer under the guidance of coaches Michael Cook and Portia Visagie.

Bock furthered her schooling at Westridge High School where she excelled in netball and athletics. While her netball achievements remained under the radar at high school, her performances in the high jump event, because of the profile of high school athletics at the Athlone Stadium, catapulted her into the athletics spotlight.

Boys and girls high jump were of a high standard given the conditions and facilities under apartheid. Boys had jumped over two metres by then and the girls were comfortably clearing 1,60m.

The WPSSSU girls’ section had many classy high jumpers, including the premier jumper Tania Brown, Nariman Rylands, Claudine Fisher and Cheryl October. Bock is added to the list.

Many of these girls had jumped on natural ability and for the sheer enjoyment of the sport. They had no high-tech training commonly associated with modern-day athletics.

For teenagers to have had cleared 1,70m without sophisticated training was a commendable feat at the time.

She was a phenomenal talent in the event and was another high schools’ athlete who did not make the transition to senior athletics.

Bock, instead, focused on netball.

During post-apartheid South Africa, she played in 51 Tests and captained South Africa at the World Championships in 2007.

She was the flag bearer for Team SA at the 2002 Commonwealth games in Manchester.

She captained South Africa at the world championships at the senior and under-21 level and was part of the Commonwealth Games teams in Malaysia in 1998 and Manchester in 2002.

Bock was an outspoken sportswoman.

In 2006 she said, “Netball is not yet totally transformed according to the needs of post-apartheid South Africa. I think we have to find a balance between talking, and having meetings and putting those things into practice.”

The following year, she shocked the netball fraternity when she announced that she was leaving for Canberra, Australia in 2008.

Bock-Jonathan has a Ph.D. in Sports Science.

She was also a lecturer at Stellenbosch University.

She is married to Marvin Jonathan. 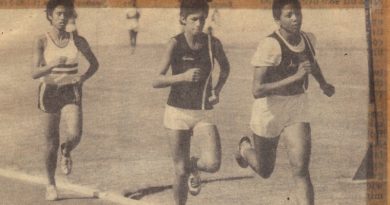 Mercia holds her own against the best 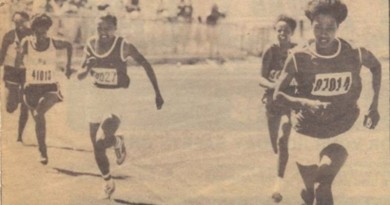 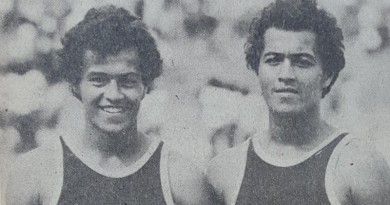 Twins cause double trouble in javelin

2 thoughts on “SA loses out to top achiever Bronwyn Bock”