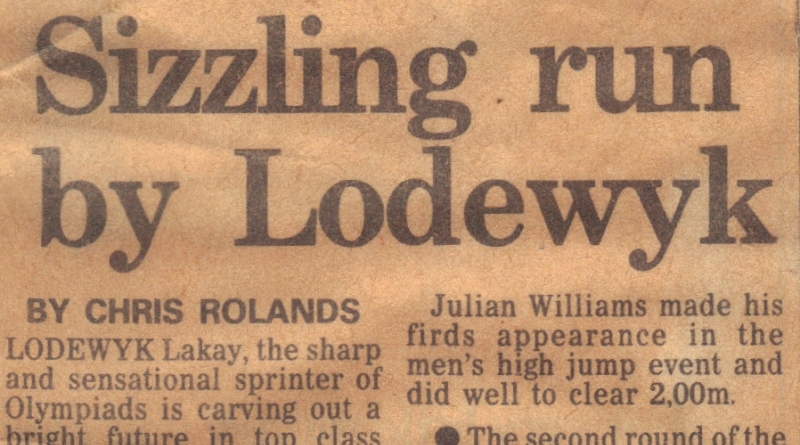 THIS is the final chapter of a two-part series about the Bonteheuwel blitz Lodewyk Lakay, the former WPAAU senior men’s double sprint champion. He is also a former WPSSSU boys’ open sprinter.

Read part one here: Bonteheuwel blitz holds his own against the top guns

HAVING earned his WPSSSU colours, he was good enough to win the Western Province Amateur Athletic Union’s (WPAAU) senior men’s 100m title in 10,6 seconds in 1988, the year he had been picked for the South African Council on Sport (Sacos) athletics team alongside the crack Eastern Province sprint champion Simon Scheepers. The scalp in this race was Havilyn Elders who came second.

However, an abnormal turn of events had spiked Lakay’s chance of competing at the Sacos Games as he had been spotted in the toilets of the Coetzenburg athletics track by a sports writer on the Afrikaans press who blew the whistle on his presence there.

Lakay was summarily suspended for six months by the WPAAU who organised athletics under Sacos.

In terms of the Sacos policy, Lakay had contravened the double standard principle by competing in the rival WPAAA’s track and field championships at Coetzenburg in March 1988.

“I applied for a job and was refused, later I received a phone call which said that if I would run in the WPAAA competitions, I would be granted a job. I participated in my name and the next thing I heard, was a possibility of me being suspended,” said Lakay of Bonteheuwel, a sub-economic area in the Cape.

He was ignorant of the Sacos policy like several other athletes who were not rooted in sports politics.

In spite of his six-month suspension, Lakay, to his credit, stayed on in Sacos as an athlete and won his second WPAAU senior men’s 100m title against Aldrin Scheepers and Phiri in 1989.

The decision to boldly suspend any sportsperson in 1988 had to be considered and seen against the backdrop of “unity talks” in the Cape.

“Unity talks” was a nation-wide exercise by the members of the executive across most codes of sport at the time; a direct infringement of the double standard principle of Sacos!

It was open season to collaborate with the establishment and the fledgeling National Sports Congress, in order to gain international (re?)admittance in sport, as sections of the Sacos officials, ploughed headlong into “unity talks” from a disadvantaged position which still impedes the progression and participation of black sportspersons today.

Sacos’ own constituency was not ready to participate in international sport because of the lack of information filtering down to its sportspersons.

As a result, individuals jumped ship and got labelled as defectors when, in fact, the course had been set as early as 1988 unbeknown to its constituency.

South Africa was back in the international fold by 1991 and running gingerly at the Barcelona Olympic Games in 1992, with Sacos athletes nowhere to be found.

The information about “unity talks” had been withheld from the sportspersons in general.

Only select/alternative media published information about unity in sport as the mainstream media, propped up by mining magnates and the ruling National Party government of the day, was disinclined to publish such stories.

“Unity talks” were a bizarre social and (un)strategic period in our sporting history which continues to plague the country in a dichotomy of “them” and “us”.

Grievances from former sportspersons of “them and us” are rife on social media platforms after 26 years of being back in international sport.

These social media platforms create a social tension in which a number of athletes continue to pay the price for being labelled as “defectors” in 1988, at a time when Sacos officials were making overtures in a political act of expediency.

To the day several athletes have untold scars developed from being ostracised by their communities, communities which themselves were uninformed of the divisive political climate at the time.

This was the political climate in which sportspersons were political pawns in a chess game of forged unity and non-collaboration, polarising the sporting fraternity to no end, the effects of “unity” still being felt today – nearly 30 years after “unity talks” (1988-2018).

Lakay is married to Edwina, his wife for 19 years and they have a son Carl-Linford and a daughter Kim-leigh. 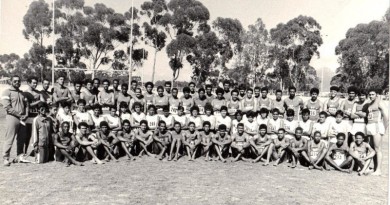 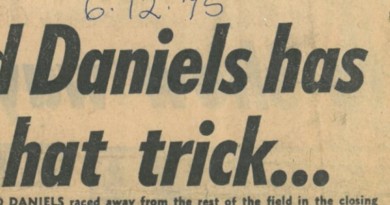 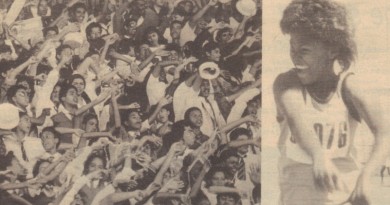 Heideveld’s Cheryl is top of the pops