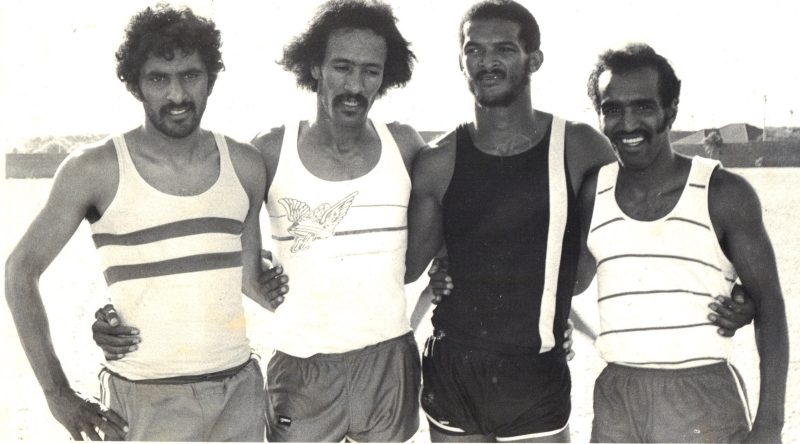 This pretty much encapsulates the sporting career of Gavin Benjamin who had a stellar career in both athletics and rugby.

Benjamin, born in Hermanus, was barred by his grandparents, who were Seven Day Adventists, from participating in sport at Zone A Primary School, later named Kewtown Primary School in Athlone, Cape Town.

At the time the Rev V.E.S. Hendricks and Congregational Church Minister was the principal of the school, and also a former top rugby player for Uitenhage in the Eastern Cape.

“I knew at primary school already that I was quick across the ground, but my grandparents would not allow me to play sport. My grandparents emigrated to the then Rhodesia (Zimbabwe) and, in Std 7 while at Spes Bona High School, I became a member of the Anglican Church. This was in 1965 when I started to compete in organised sport,” explains Benjamin.

Benjamin, 67, recalls that in those days, the early to mid-1960s, high school athletics was held every second year, and alternated with the winter sports such as rugby. So, he would represent the Western Province Senior Schools Sports Union (WPSSSU) in athletics the one year, and then rugby the following year.

As a result, athletes of his era were only able to represent the WPSSSU in athletics for two or three years at high school and two years in rugby.

He represented the WPSSSU in rugby in 1966 in Port Elizabeth, the year the province team won the tournament and in 1968 at the Green Point Track in Cape Town.

His big moment in high school athletics came in 1968 at Green Point Track where he “won” his sprint races run in yards not metres, and was selected to the WPSSSU athletics team captained by Robin April of Hewat.

At the 1968 Champion of Champions meeting at the Green Point Track, Benjamin, who was convinced that he had won both races, was placed second behind Harold Davidse of Harold Cressy in the 100 yards and Henry Davids of Trafalgar in the 220 yards.

“The teachers at Spes Bona were furious as this had an effect on whether the school would be in the A Section or B Section, the next year,” says Benjamin.

Benjamin was determined to rectify the results of the sprints when the WPSSSU team travelled to Durban for the inter-provincial meeting.

He won both the 100m and 200m in the boys’ under 19 age group at the South African Senior Schools Sport’s Association’s championships (SASSSA).

His opposition there was Yusuf Motala (Natal) and Harold Davidse (WP), two fine proponents of sprinting.  Davids’ name does not appear in the results.

It was also the championships where the conversion of yards (imperial system) to metres (metric system) had been implemented for the first time.

After high school athletics, Benjamin migrated to rugby with the Excelsior Rugby Football Club based in Kalk Bay. The club was affiliated to the City and Suburban Rugby Football Union based at City Park in Crawford, Cape Town.

Even in rugby, Benjamin, a WPSSSU rugby player, was in the company of Saru (South African Rugby Union) players Hamlet Carelse and Dougie Solomons. The two players represented Saru between 1971 and 1973. Benjamin played Board rugby for City and Suburban in the SA Cup competitions, the most prestigious cup played for by Boards such as Somerset, Boland, WP, Cities, Eastern Province and Kwaru.

By the end of 1975, Benjamin regained an appetite for athletics.

An outgoing personality, Benjamin questioned why none of the athletes could beat SA champion and record-holder Wilfred Daniels.

It took Benjamin of the Bellville South Athletics Club the better part of one full year to get into shape before he stepped onto the track in his first race in the 400m in 1977 – for the very first time since 1968.

At the time, 1975-76 the up and coming senior, Edmund Lewis, and the established senior Ismail Collier were the king pins in the sprints.

Benjamin embarked on an intense training regimen with coach Basil Cameron and with some help from Marcello Fiasconaro at the UCT Oval.  Fiasconaro, coached by Stewart Banner, was a former world record-holder in the 800m (1 minute 43,7 seconds).

“Fiasconaro gave us some vital racing tips for the 800m and told us how to train for the race,” says Benjamin who was first spotted as a middle distance athlete by Cameron while both of them resided in Belgravia Estate, Cape Town.

“Although Fiasconaro understood the dynamic of politics in sport at the time because of apartheid, he wanted us to compete in the racial divided meetings at Coetzenburg which had been televised.

“His point was that he wanted us to show the world that we need not stand back for anyone and by doing this, the country and the world would have been able to see our true potential.

“We in return begged Fiasconaro to come and run with us in the non-racial fold and in that way he could have taken a stance against apartheid sport. He refused to do so because he wanted to compete on the international stage.  He was the world 800m champion at the time, representing Italy,” says Benjamin.

Benjamin benefited from this training and had reinvented himself as a middle-distance star in the making.

In 1977 at the South African Amateur Athletics Board Championships, Benjamin won the 800m title for the first time in 1 minute 53,5 seconds on the ash track in Gelvandale, Port Elizabeth, ahead of Daniels and E Moses of Eastern Province.

In his build-up to the SAAAB champs in PE, he had won the Western Province senior men’s 800m race.

In 1978, the year he captained the WP team, Benjamin won the Boland and WP senior men’s 800m titles, but he was unable to beat Daniels this time round for the SA title. Benjamin came second to Daniels.

Benjamin retired from athletics at the end of the 1978 season.

In 1979, he was the assistant coach to Winston Kloppers in the WP team.

Benjamin is an Architectural Technologist by profession.

He is married to Felicia Willis, a former student at Alexander Sinton High School. They have three children and four grandchildren.

He is a keen golfer and member of the Parow Golf Club and has a handicap of 6. 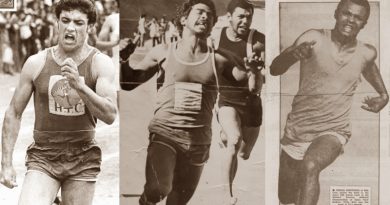 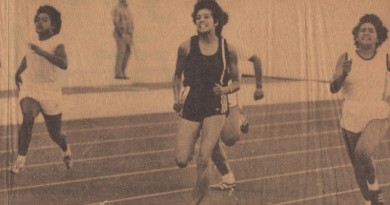 Shaheeda’s proud to be a Sacos athlete 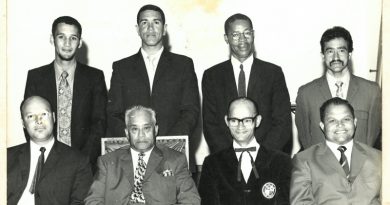 The confectioner who became president