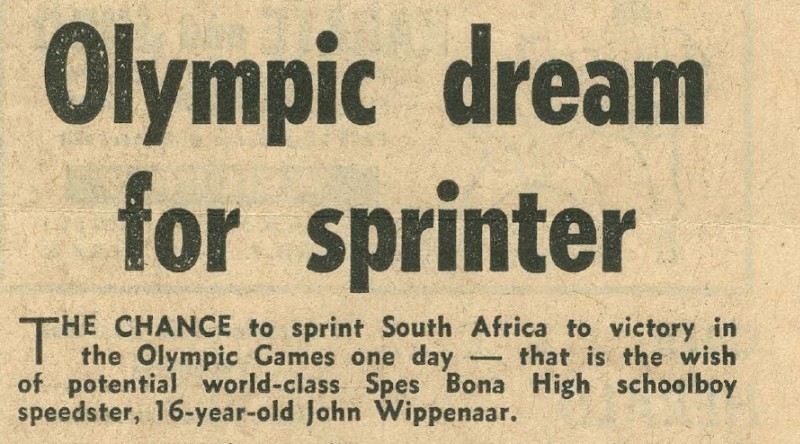 “AS he grew older, maturity set in. His style became more fluent. Gone were the ungainly movement of arms and legs to be replaced by rhythm and litheness.” – Cape Herald, 1969.

This is how the newspaper described John Wippenaar, the schoolboy who tore up the record books at school level during the 1960s.

The same paper wrote eloquently about his dream “to sprint South Africa to victory in the Olympic Games one day”.

Of course, his dream was never going to materialise as white South Africa competed in the Olympic Games for the last time in Tokyo, Japan in 1964 – the year Bob Hayes won the 100m gold medal.

By 1970, complete sports isolation was in place due to the South Africa’s racial policy, the separation of whites from blacks.

Says Wippenaar: “This is a conversation that will take a long time. I left South Africa in 1977 (39 years ago) at the age of 24. It was one year after the country-wide school riots of June 1976. I hated apartheid because the white government, at the time, kept the natives uneducated and exploited the labour of the natives which was to become their life. I was not going to be part of that.

“It is morally wrong and a mortal sin to contain (have a hold on) the minds of people, and this coming from men of God. I left SA under these prevailing oppressive circumstances and I embarked on a journey to Europe, South America and North America.”

Wippenaar settled in Vancouver, Canada with his wife April and their family. Two of his siblings, Barbara (11 years older) and Vera (seven years older), live in Scotland and Germany respectively. His brother, Peter (14 years older), was the only sibling who remained in South Africa and lived in Glenhaven, Bellville – he passed away three years ago.

All three his siblings attended Alexander Sinton (in Buckley Avenue, Athlone), the flagship school of athletics at the time. Wippenaar, however, went to school at Spes Bona High School.

“My mother put me into Spes Bona, which was just around the corner from my parents’ house in Hazendal,” says Wippenaar.

‘He was the Usain Bolt of the time’

Had he gone to Sinton, he would have been the junior sprinter to Herman Gibbs and Ivan Masters.

Says Smith: “Wippenaar was the most unrecognised sprinter.”

In other words, his contribution to the pantheon of sprinting had often gone unrecognised; not acknowledge.

“He was the Usain Bolt of the time,” says Smith, who is arguably the best high school’s sprinter of all-time.

‘I had no competition at school’

Yet Wippenaar, standing more than 6 feet tall, held more than half a dozen sprint records at WPSSSU and SASSSA level, removing some of the recognised sprinters’ records with ease, including star sprinter Kenny Roman of Harold Cressy High School.

Wippenaar did not have competition while at Spes Bona High School in Athlone, Cape Town.

Like Smith of Heathfield High School, the 100m race might have been a little closer at the finish, but in the 200m, it was a no-race between him and the rest of the sprinters.

“There was some competition from Alexander Sinton High School (Leonard Witten?) but the competition itself always took a go at me.”  It made him hungry for success.

There was so much “go” that in 1970, as a boys under 17 sprinter, Wippenaar zipped through the 100m in a time of 10,6 for a new South African Senior Schools Sports Association (SASSSA) record.

“I ran this time (10,6 seconds) without professional coaching. I never trained much. Training only commenced at high school when the school trained for the interhouse and interschool and champ of champs meetings. The champ of champs was the meeting where they picked the team that would represent WP,” says Wippenaar, his WPSSSU representation being a mere formality.

Gareth McLean, of course, went on to prove himself to be an exceptional senior men’s sprinter in Western Province, the cradle of sprinting at the time.

As a kid, Wippenaar says, “he looked very much forward to these events”.

“I knew that I was always going to represent WP, and the excitement of going with female athletes by train to Durban or Johannesburg was quite fun, especially when you attended a boys high school,” says Wippenaar mischievously.

“Wippenaar was an exceptional high schools’ sprinter. He was big for his age group and he easily outran his opponents. Like several of the talented schoolboy athletes, he did not compete at senior level enough. Nonetheless, he was still a terrific talent,” says April.

Wippenaar was also known for other antics and experiences best not written about on these pages.

“With the kids from the neighbourhood I played rugby, cricket and soccer and did other creative stuff kids make up,” recalls Wippenaar who was born in Hazendal, Athlone, on the 2nd of June, 1953.

He was named Best Athlete in the under 13 age group while a pupil at Hazendal Primary School in 1965, signed by the principal of the school JA van Zyl.

Winning all his events

Wippenaar describes how he discovered the talent to go all the way to the top.

“One day, the entire class had to run from one side of the fence to the opposite side, and low and behold, I was home first,” a position he would easily become accustomed to.

He would win all his events at primary school by the proverbial mile.

Wippenaar had an easy time with winning his sprint events at high school.

Several newspapermen and former athletes encouraged him to run with athletes older than him.

Reports the Cape Herald: “Ironically, John Wippenaar himself has subsequently not been able to break his own records. A wag has remarked that he is growing too fast and moving out of his age so soon that he hasn’t the chance of beating himself! John Wippenaar is a healthy 175 pounds, and a lanky 6ft. 1inch.”

Competing out of his age too early appears to have curtailed his athletics career at senior level.

“I joined the Athlone Athletics Club when I was still at high school. Somebody suggested that it would be a good idea as I was tall for my age group. I had to compete with the likes of Alex Abercrombie of Harold Cressy, Ivan Masters and Herman Gibbs of Alexander Sinton.  They were 2 ½ years older than me,” says Wippenaar.

He switched clubs from Athlone to Hewat.  While at the Hewat club, the likes of top-class sprinters Godfrey Jacobs of Hewat and Jackie Swanepoel of Athlone beat him in 1970. Henry Davids of Trafalgar (BSA club) also found himself in the mix with these athletes.

As a highly-talented schoolboy sprinter, he followed the American black sprinters, “normally the Olympic 100m champions over the years” which would have included Bob Hayes (1964) and Jim Hines (1968).

He does not follow athletics like he used to, instead he says: “Here in Vancouver it is ice hockey that rules, men with sticks that beat the sh*t out of each other. It is the only national sport in North America in which you can beat-up your opponent until the blood flows.”

“These days,” Wippenaar says, “my work keeps me fairly busy with the ongoing Structural Steel Detail Projects in Vancouver.”

Wippenaar, an engineer, is also looking after his wife, April, who has throat cancer.

“I am the only person here available to look after her and that is a full-time occupation. Also we are in the middle of a renovation on the inside of the house we own in Davis Bay on the Sunshine Coast, so my life, at the moment, is rather very busy,” say Wippenaar, who gave fans and officials a lot to talk about when he thrilled at Green Point Track during the 1960s. 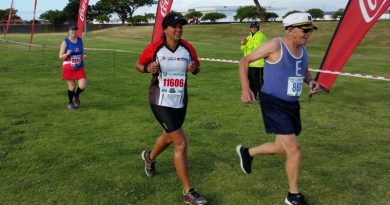 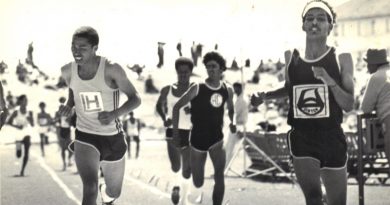 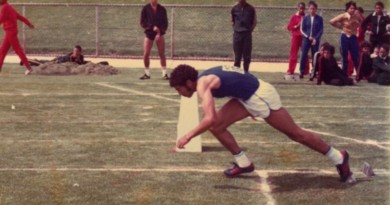