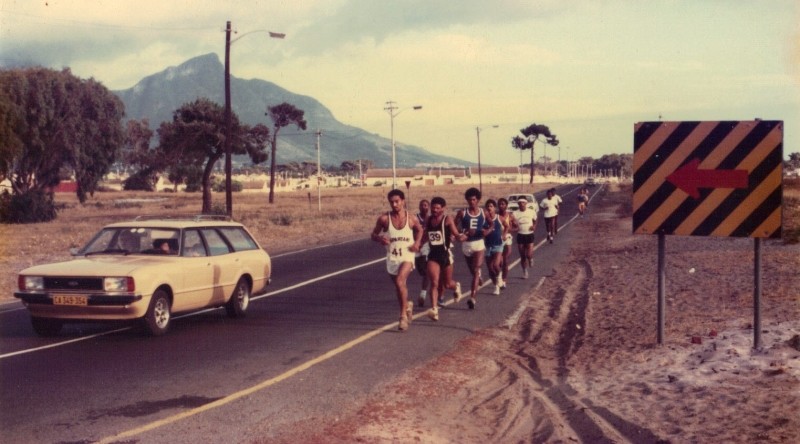 ATHLETICS, as practiced under the auspices of the South African Amateur Athletics Board (SAAAB) which was affiliated to the South African Council on Sport, had three disciplines namely, track and field, cross country and road races.

The road races included 10km, 15km and half marathon races for men and women, senior and juniors. These were held at club level later culminating in the SAAAB road championships.

In addition to the road races, the Paarl Mountain Endurance Race in Paarl in the Western Cape was held consistently since 1975.

This article will focus on the road running races, and specifically the standard marathon distance of 42,195km.

Marathons have been organised since 1974 all over the peninsula.  Some of the first marathons were held in Crawford with an in-and-out course to Strandfontein, a beach area on the False Bay coast in Cape Town.

In 1985, the Titans Amateur Athletics club, which was run efficiently by Colin Jeftha, Yolanda La Gorce and the late Godfrey Fitz during that period, hosted the SAAAB marathon championships in Belhar, near the Cape Town airport.

According to the records, Johannes Brandt of the Elsie’s River Amateur Athletics Club (and representing Western Province) won the first SAAAB marathon championships in 1974.

At the time, the visiting provinces were Eastern Province, Boland and Natal.

Another highly-talented distance runner, John Kriel of the South Peninsula Amateur Athletics Club, won the 1975 marathon in a record time of 2 hours 20 minutes and 42 seconds.

The list of SAAAB marathon champions includes Henry De Grass of Western Province, a three-time winner of the race. He won the championship in the years of 1979, 1981 and 1986 respectively – his best time being 2 hours 27 minutes and 9 seconds in 1981.

From the other provinces, Devan Pillay of Natal was the winner in 1980, while Boland’s Nico Vermeulen was a two-time winner in 1982 and 1983.

The marathon athlete of the Trafalgar Amateur Athletics Club David Snyders grabbed the imagination in the 1987 and 1988 SAAAB marathon championships.

He was a brilliant road athlete during this time, winning roads races in the shorter distances too.

In 1988, Snyders won the SAAAB marathon in a record time of 2 hours and 20 minutes and 5 seconds in Strandfontein, after a run in near-perfect conditions.

The record stood until the books closed in 1994 – the year South Africa became a democracy under Nelson Mandela.

Here is a list of the South African Amateur Athletics Board marathon winners since 1974:

Internationally, Edgar Cloete won the traditional Greece marathon in a time of 2 hours 48 minutes and 45 seconds in searing heat when he was still a young teacher at Bridgetown High School, Cape Town in the 1970s. 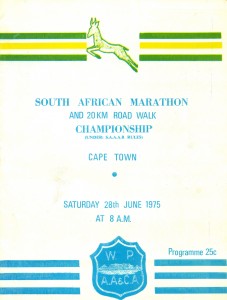 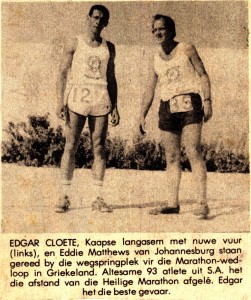 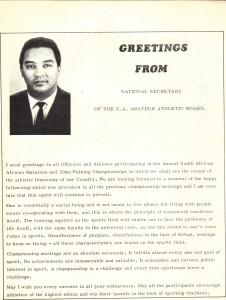 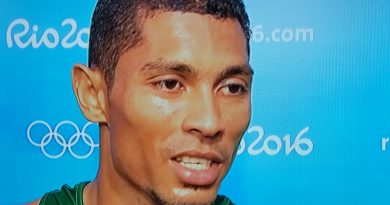 Wayde van Niekerk coloured debate is a load of tosh 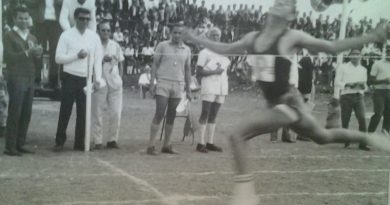 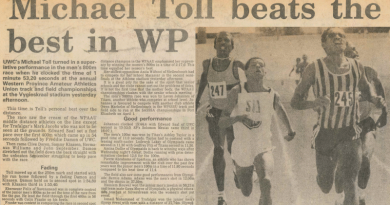 Cash-strapped Toll in race to Masters