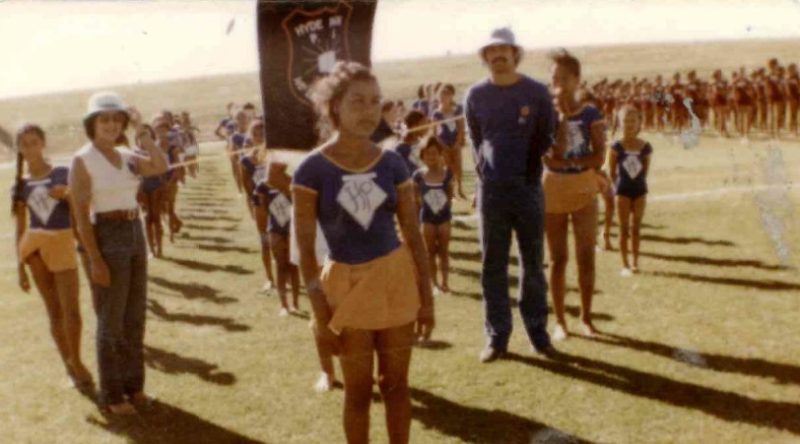 This is the final chapter of a two-part series about former Belgravia High School athletics and rugby star Selwyn Steyn. (Read part one here.)

STEYN was a pupil at Belgravia High School in the early 1970s and a student teacher at Hewat Training College in 1976 – the year of the student uprisings in South Africa.

“I was not interested in politics, but I rather promoted sport in all aspects of school life and clubs,” says Steyn.

However, Steyn remembers one particular incident: “St Columbus, a private Catholic school, participated in CBC sport (Christian Brothers College) – they were not SACOS-aligned but I recall the children being discriminated against in Pretoria and Kimberley while at the hockey and cricket tournaments in 1997.  [White] Organisers were hostile towards all Western Cape coloured schools and I challenged them at these sporting events because of their blatant racist attitude towards our teams.”

Cape Town was affected in almost all aspects of everyday life. Sport was a casualty in 1977 following the aftermath of the June 1976 riots. New club and schools’ structures had to be organised as many parents felt that sport was no longer important as bread and butter issues and the safety of the children had become some of the prime concerns.

“These were extremely difficult times with the school boycotts and riots. The police force and riot squads frequently raided schools and whipped the children in an attempt to contain them,” says Steyn.

Steyn was a provincial school’s athlete before the 1976 riots. He won the boys open long jump event at the Champion of Champions with a distance of 6,50m ahead of N Combrink of Lückhoff and S Stellenboom of Salt River at the Athlone stadium in 1975.

Ironically, he lost at altitude to Neville McKenzie of Eastern Province (EP) at the Newlands stadium in Johannesburg in 1975 who won in the same distance. A Brown of Transvaal was third.

An Eastern Cape Newspaper reported that EP finished second on 106 points, 198 behind the powerful WP contingent.

The report also highlighted the tournament as being that of Cathkin High’s Selwyn Thomas of WP and Ruwayda Noor of Natal.

“On the trip to Johannesburg, we had athletes such as Keith Powell, Adele Williams, Cheryl Dixon and Frances Williams, Wendy and Alison Cairns. Ian Rutgers and Selwyn Thomas were the under 15s in the team. The captain of the province team was Johnny Fry,” recalls Steyn.

On completion of his teaching studies in 1977, he returned to Hewat to complete a third year in 1982.

“While I was studying at Hewat I did not stand out in athletics, instead I excelled in rugby for Universals”, says a frank Steyn.

But as a teacher, Steyn, who had qualified as PT teacher, coached Hyde Park Primary School to victory in their inter-schools’ meeting in1981.

Steyn moved on to bigger challenges and, by 1985, he was the athletics coach at Grassdale High School which included athletes such as Shaun Vester, Amiena Dollie, Byron Bailey and Elton Jacobs.

Vester (SASSSA) and Dollie (SAAAB) went on to reach higher honours in the sport through their participation at senior club level.

“Mr Steyn was strict. He was always punctual at athletics training. His knowledge of sport was extensive.  Although he ‘looked’ angry most of the time he was a nice guy and friendly.  He knew what learners’ potential were and tried to get us to feel better and run faster. That is why I say he was a ‘kwaai’ (good) coach,” says Dollie.

Vester, who went by the name of Blue Train, was less gregarious, simply saying, “He was very strict when it came to class lessons. He was mostly good at teaching gymnastics while at the school.”

Vester says Joe Alexander was the coach who had the greatest influence on him at Grassdale, but when it came to ‘sports day Steyn ran the show’.

He was also the school rugby coach during winter. He coached star players such as the brothers Athol Rhodes (SASSSA) and Randall Rhodes, and Jerome Dumpies (all WPSSSU).

Steyn, who excelled in gymnastics as a pupil and student teacher, moulded Hilton van Dalen and Jerome Appies into champion gymnasts.

“Our school was fortunate as the education department sent new PT equipment to the school. PT inspectors Johan Stoffels and Trofski Jacobs regularly visited the school and were impressed with the standard of sport and PT lessons,” says Steyn.

During unity as a sports master at Plumstead, cricketers such as JP Duminy gained higher honours by representing his country at cricket.

Another outstanding sportsman for Steyn at Plumstead was Bevan Fransman who went on to play for Bafana Bafana. Fransman was a high jump record holder and a decent 200m athlete.

The principal at the time was Simon Winter.

Steyn was born in Zoar, Ladismith. His father Raymond Steyn was a school principal of St Agnes. They moved to Cape Town in the 1960s where Selwyn attended Heatherdale Primary School.  He remembers Mr W. Hammon being the principal at Heatherdale who inspired him greatly, as did Mr George Willenberg (a top baseball player for Maitland Giants) and a Mr Jacobs, who later became his lecturer at Hewat Training College.

He remembers Audrey Louw as being a top athlete at Heatherdale although she was ahead of him. He had studied with Audrey’s sister Patricia at Hewat.

Steyn has been living in his adopted country, the UK since 2002 – his first job there was teaching physical education and science at Lea Manor High School.

He made his mark at South Luton High School where he coached cricket. He was the Head of Department and Management at the school.

For the past 17 years, he began coaching rugby and cricket and long jump at schools there.

He is married to Leonore and they have two children. 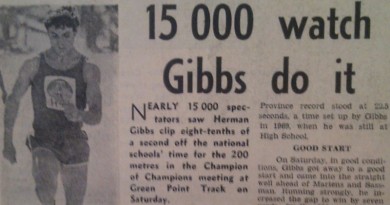 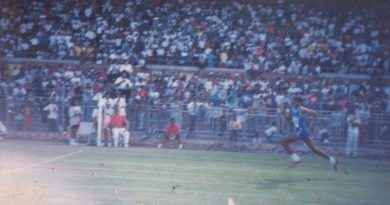 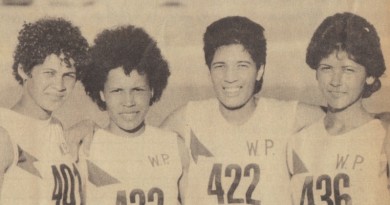